Labels: Eclipse
A tutorial on how to install Subversive SVN plugin + connectors for those who still use SVN as a source repository for their projects or used to easily pull into your project the Google AAR libraries from GitHub.

And that's it, you can now pull projects down from SVN using File > Import... > SVN > Projects from SVN 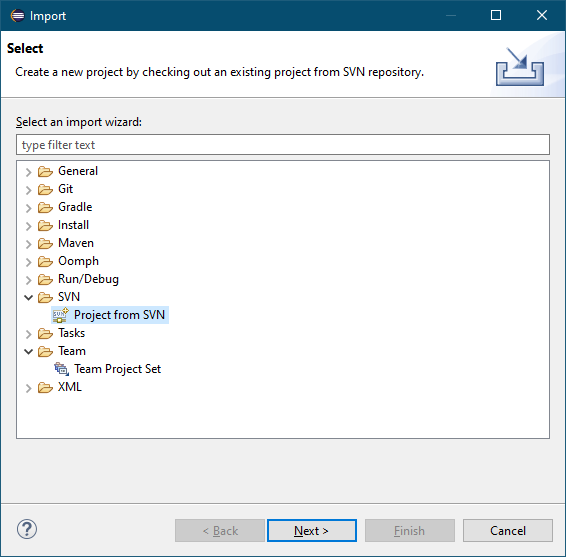 Here is an example with dandar3/android-google-play-services-ads 18.3.0 library added to your application.

3. Check out the resulting bin\AndroidManifest.xml:

Labels: Android , Troubleshooting , Windows
An issue I've had on my work laptop with adb.exe crashing with 0xc000005 for last couple of months, I finally managed to fix it today after several attempts in various ways. 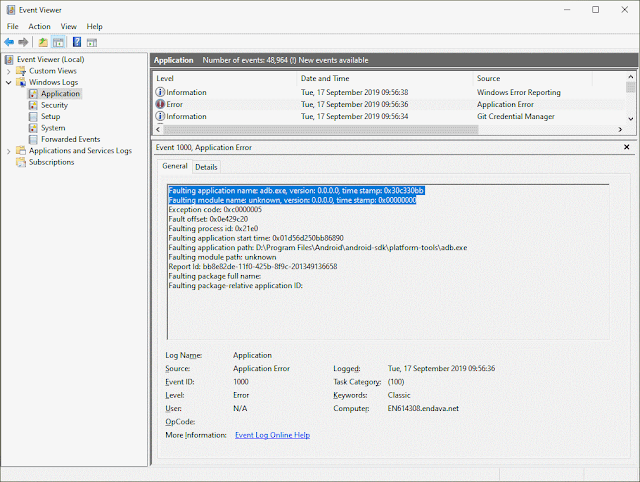 Monitoring the process with Process Monitor would reveal that is crashes after working with WINUSB.dll (ignore the highlight in blue, that was on the first attempt checking, the file should not be there) 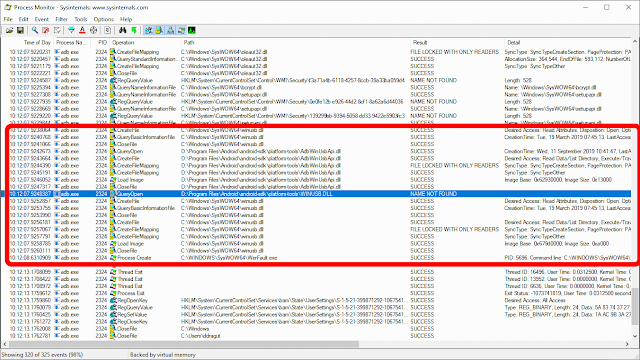 SFC scan shows no problems with the file.

Trying the same Android SDK installation in the Windows Sandbox VM shows it working correctly, so it must be something on my physical system. The winusb.dll files on both systems show the same version, although on copying to the phyical system in te mporary location and comparing with FC /B clearly shows differences.

Now with the new version of SysWow64\winusb.dll at hand, I would try to replace the original on the physical system without success as it is owned and protected by Trusted Installer service.

Searching the web for a tool that would allow to run a process (e.g. cmd.exe or explorer.exe) as TrustedInstaller user found ExecTI from WinAero. 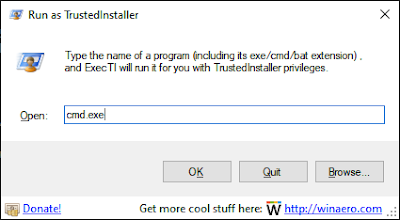 This would allow me to rename the old file and copy the new one in from the clean Sandbox image.