Labels: RAM Drive , Windows
I have used a number of RAM drives over time and more in the recent years with the increase in amount of RAM available to store user temporary files (autoclean on power down) and even projects build output directories (try and reduce some build times).

PassMark OSFMount might still be missing some features compared to other available RAM drive software out there, but it is free and it has received a number of improvements lately.

Download OSFMount (v2.0.1001, 21 Mar 2018 at the time of writing) and follow the installation instructions, nothing special there.

The script will mount the drive if the letter is available and it uses its internal format command which can only format FAT32 at the moment. Adjust the settings to fit depending on your needs and available free RAM (check with Task Manager > Performance > Memory). Save in a system (e.g. "%WINDIR%\Create RAM Drive + TEMP directory.cmd") or user location.
If you test run it in an elevated Command Prompt it should output like below:

Create a scheduled task in Task Scheduler (taskschd.msc),  the important parts are to run At system startup and to Run whether user is logged on or not. 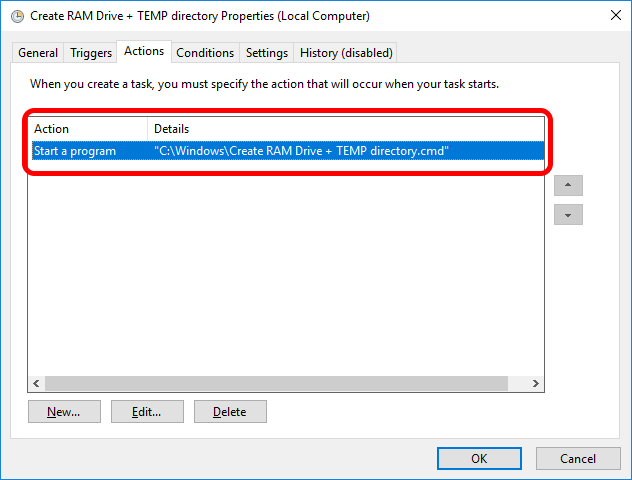 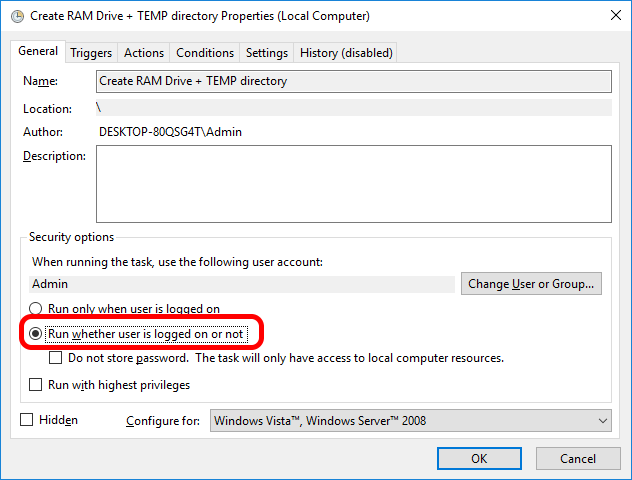 Reboot and confirm RAM drive is there on startup. 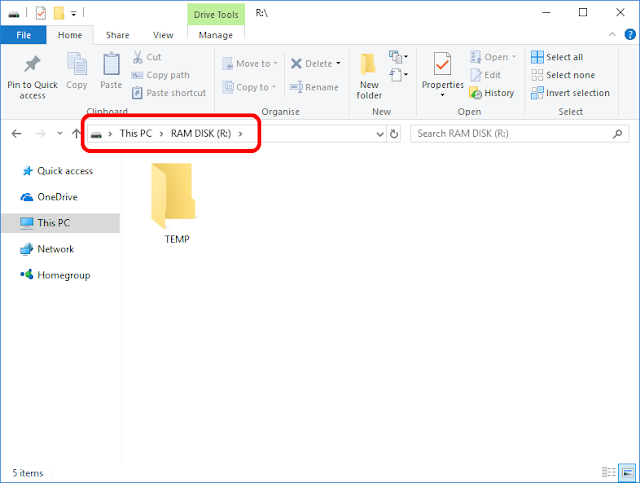 If you intend to change your user TEMP and TMP environment variables to point to R:\TEMP with a small RAM drive you can run into all sorts of weird issues when installing large applications or with anything that takes large amounts of temporary disk space for operating like Android sdkmanager update or anything like that.

If you still want to go this way cause you think you know what you're doing, any time something weird happens like that happens I would remember to change your TEMP and TMP environment variables back to default %USERPROFILE%\AppData\Local\Temp, logoff and try the operation again.

Labels: Android , Eclipse
If you are still using Eclipse ADT for Android development, this is a tutorial to help you with installing the latest possible Android SDK / Tools that would work with last Eclipse ADT plugin.

Labels: Android , Eclipse
Developing an Android app with the latest Support Library versions you may encounter this crash at startup on devices running Android < 5.0 (API 21): 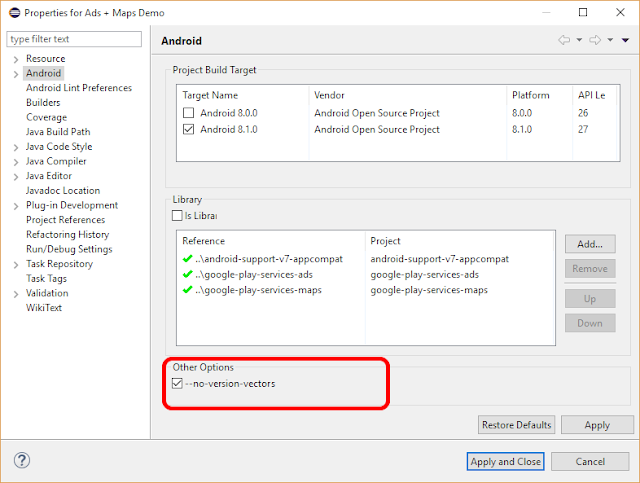 Eclipse ADT plugin is no longer supported by Google, but if you are still using it and you haven't migrated to Eclipse Andmore or Android Studio yet there is a solution that involves replacing aapt with a wrapper tool that will add --no-version-vectors when called with package option.

That is because if you enable verbose (Preferences > Android > Build > Build output = Verbose) the path and name of aapt tool is pretty much hardcoded so for this to work we will need to rename the original and replace it with this wrapper program I wrote for this.