Labels: DIY , Hardware
I just built a new development box last week, a Shuttle XPC SG33G5 - I called it Black Beauty after a tv show from when I was a kid :-)

Very quiet (especially with the latest BIOS) although the comparison with my old SB61G2V3 P4 Prescott box is not a fair one since on this box I'm using the onboard graphics. Quite impressed with the Intel Core2Duo processors - I went for E6550 to balance speed with noise/heat. I chose 4 GB RAM even though XP 32 bits (same for Vista 32 bit) won't see more than 3.2 GB, but the extra gig over a 2GB would come in very handy and the memory wasn't expensive at all. The Samsung drive is pretty much quiet, except for when is under load you can notice a bit of the heads seekeing - I'll try next the Zalman ZM-2HC2 Heatpipe Cooler. Going to use the box at work, where most of us have laptops, so I'm trying to make it as quiet as possible. The onboard Intel GMA 3100 is pretty good too, I'll be running the box without a monitor through Remote Desktop and as I've tested it at home it managed 1650x1080 no problem, been told by Shuttle it would handle 1920x1440, we'll see about that next week.

Anyway, overall very pleased with the choice after all, as I've said in a previous post I had my eye on this one.

The box works fine in 1920x1200 through Remote Desktop although at maximum 16 bit colors, but that's an XP RDP server limitation.

Zalman ZM-2HC2 Heatpipe Cooler has a good quality build and it does it's job nicely. The HDD temperature raised with a couple of degrees Celsius since the move from the 3.5" to the upper 5.25", but in my opinion that is because the 3.5" bay is better positioned in the air-flow path rather than the heatpipes not doing their job properly - usually when the HDD is mounted directly into the 3.5" bay some of the heat is dissipated through the sides into the cage, while with this cooler it goes through the heatpipes. Although the Samsung drive stays fairly cool at around 30 Celsius when idle and 35 Celsius in use, I might try next a quiet hdd fan. 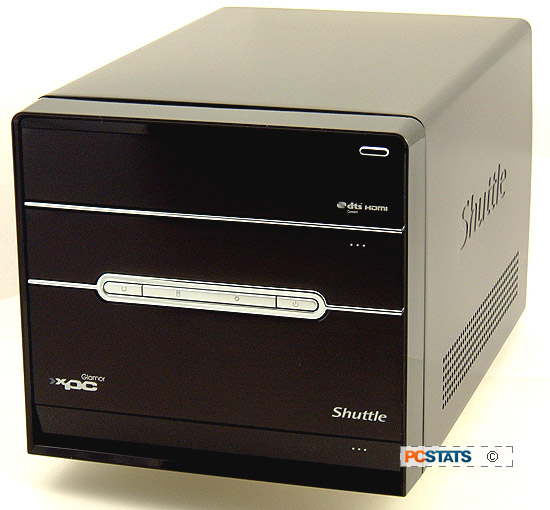